David Crowe is a 20-year veteran of the comedy stage. After winning both the Seattle and San Francisco Comedy Competitions, then performing for a US President the same year, his career took off and has never stopped. On stage Crowe is armed with a “gallery of facial expressions,” a host of accents and a “nerdy charisma that is utterly captivating.”

David has been featured on Showtime with his own One Hour Comedy Special “Crooked Finger,” along with numerous appearances on Comedy Central, Bob and Tom Radio, SiriusXM and Pandora. Overseas, he crushed the competition at the Edinburgh International Fringe Festival garnering three perfect 5-Star reviews.

David is a guaranteed hit on the corporate entertainment circuit. He has performed at literally hundreds of corporate and private events across the United States and Canada. He recently concluded a nationwide comedy tour for Investors Group, a financial services company, where he performed for over 60,000 of their most valued clients in 60 different cities.

To date, David has released six comedy albums. He believes the best way to stay sharp and relevant is to continue to hone and perfect new material at comedy clubs across the country with the goal of releasing a new comedy special every few years. 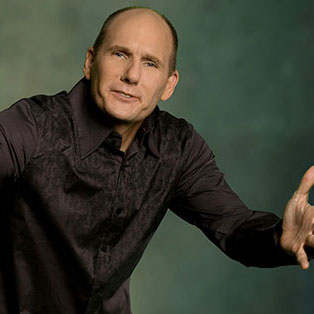 WHAT PEOPLE ARE SAYING ABOUT GREG

Dean Koontz – Best-selling author
“Greg Hahn performed for 45 minutes at my birthday party, and virtually all 80 guests told me they laughed so hard they cried. I couldn’t see them clearly because my own vision was frequently blurred by tears of laughter. He is an enormously talented guy…”

Jim McDivitt – Anaheim/Orange County Visitor & Convention Bureau
“Our group is still commenting on the very talented Mr. Greg Hahn. Anyone who can make this group laugh until tears were streaming down their cheeks is one very great comedian. The entire group was delighted.”

Merrill Lynch
“Everyone at Merrill Lynch just wanted to thank you for the fabulous job you did at our client appreciation event. Everyone thought you were absolutely hilarious! Thank you for all of your hard work and enthusiasm. We can easily say that we made an excellent choice in choosing you to be our entertainer.”