Ali Sultan saw his first stand-up comedian when he moved to America from Yemen at the age of 15. He grew the desire to go on stage but first he needed to learn English.

Ali became the first Yemeni American to make a stand-up television network debut on The Late Show with Stephen Colbert. Ali has been on Comedy Central’s Hart of The City with Kevin Hart. He filmed his Half Hour comedy special in Dubai for Comedy Central Arabia. He represented Minnesota and won the Best in The Midwest competition at Gilda’s LaughFest.

His albums Happy to Be Here and Funny First can be heard on Spotify, Sirius Xm and has over 1 millions streams on Pandora. His most recent special The Nicest People Are Super Creepy can be seen on DryBar Comedy. 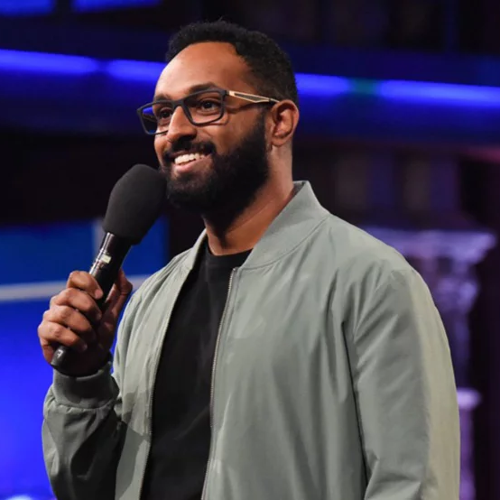 WHAT PEOPLE ARE SAYING ABOUT ALI